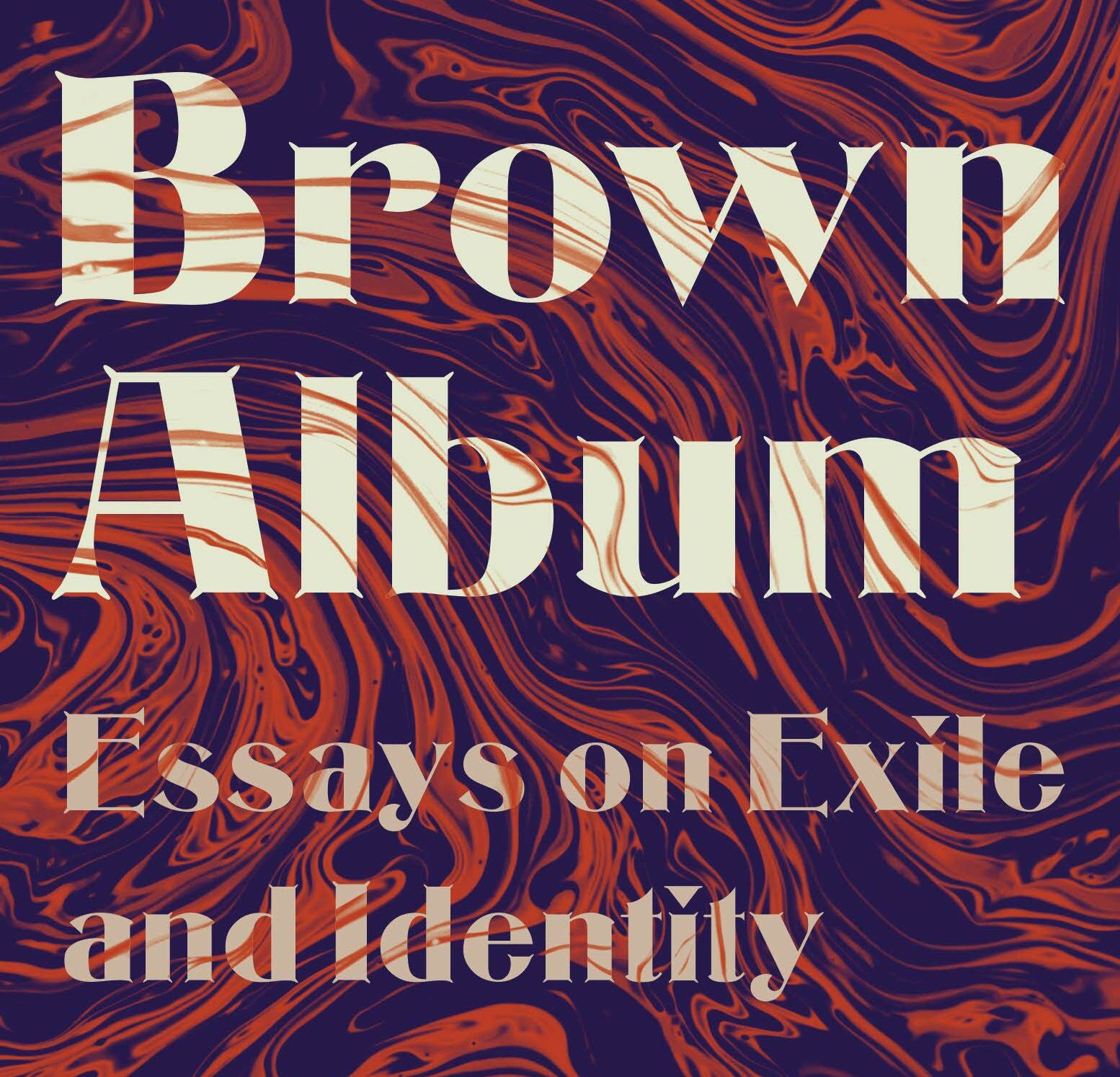 I’m still a novice at writing personal essays. In workshop, the feedback I’d been given always revolved around the issue of perfection.

“It’s too perfect,” my professor would say, with my fellow peers sitting in the circle of desks around me nodding along with him. “You’ve got these narrative fragments all boxed up here with a neat little bow at the end for flourish. Where is the mess? We need more mess.”

Unlike us novice essayists, writer Porochista Khakpour provides in her most recent essay collection, Brown Album (Vintage, 2020), an ample amount of mess. I read her essays thinking about the deliberate structures holding each essay together, whether they be the acute five-petaled flower indicating some section breaks (“Camel Ride, Los Angeles, 1986”) but not others (“The King of Tehrangeles”), or a series of numbered sections in some essays (“Thirteen Ways of Being an Immigrant”, “How to Write Iranian America”) but a numbered list with subheadings in “Another Dingbat” and “Portrait of the Artist as a Debut Novelist,” or a culmination of several of these indicators of form at once (“The Father of Iran’s Nuclear Weapons Program”), or something else entirely (setting/date/newsline headers, “Revolution Days”, “Born-Again Carnivorism”). Why were her list stories so short: short in content and short in quantity? Was I supposed to read more into the significance of 7 numbered sections in “How to Write Iranian America” or the 13 sections in “Thirteen Ways of Being an Immigrant,” or the 11 sections in “Portrait of the Artist as a Debut Novelist?” Why choose a decorative section breaker for some essays but not others? What is it about the content of such essays that can reveal a bit of this form’s meaning for me? Why did I feel as if she didn’t write past some of the endings that ended up in the book? Why aren’t the essays perfect in their revelations?

At some point in my absurd dive into interpreting meaning and absence with each essay, I resorted to a reluctant resignation: I settled for what existed on the page. This is how Michel de Montaigne probably, maybe, hopefully(?), would have preferred I read—not reluctantly, but willingly, inquisitively, and with a sense of acceptance for the reality provided without urging for the notion of a perfect, flawless thought. I’d forgotten how important it was for writers to make messes, lay bare the conflicts and realities many of us still have yet to acknowledge (tolerance, multifaceted identities, race and racism, the despair of capitalism, the power of dispute and the consequences of ignorance). Khakpour has given me all the tools for meaning that existed for the writer herself in the time she has written and revised each piece. The least I can do is make sense of all that is able to exist.

As I read this collection of essays on exile and identity, I could sense with each turn of the page that I was racing to reach the end, eager to read what Porochista Khakpour really wanted to say all along in her title essay. Halfway through, I couldn’t wait any longer. I flipped to the beginning of the last essay but rather than reading all the way through it, I halted at the very first line:

“This is the essay no one can touch.”

Upon reading this line, I felt as if Khakpour was slapping me, the reader, raptly on the wrist every time I wanted to touch and adjust my focus on the letters to form some meaning I could understand. No, she appears to me in a wisp of multicolored mermaid hair made up of all the best words of wit I’d only just seen on the page moments ago. This is not for you. I am tired of writing to people like you.

As a writer of shifting social identifiers according to who white people favor at the turn of every news cycle, I too felt the weight of fatigue with this opening line. We—Khakpour and myself, the aspiring essayist—use this as a critical preface not just to the reader, but to ourselves, to buttress the stories we push ourselves to keep telling when time and again we get lost in the noise of how readers define us and we have to remind ourselves of our very compulsion to write.

Brown Album as an essay collection was a critical reference point for me in understanding my relationship with art as a viewer, a reader, a consumer, a participant. It has also made me more at ease with my understanding of perfection in writing both for myself as a writer and for those whose work I read. I should not expect a fellow writer to have her identity figured out—otherwise, chances are that she wouldn’t have had to write these essays in the first place (hark: another Didion reference…).

Once (long ago; fifty years ago perhaps, or at least during the pre-pandemic time known as 2019), when after a reading I asked Carmen Maria Machado how I can stop writing for the people in my workshop, she said:

“Write in the margin of your story ‘this is not for you.'”

And, “Now, if that margin manages to slip its way into the story when you hand it out in workshop, that’s your choice.”

Similarly, Khakpour relates to the reader (or, more accurately, to the page—the reader just happens to be there) how and where and who she is today. Something was shattered in the process of age and reckoning with her lived experience of fleeing her homeland and making a home out of America. In Brown Album, Khakpour’s provided us the pieces. It is not only the sole responsibility of the writer to fit them together for us. As a reader, I am also just as responsible for cognition and arrangement, to work with the fragments that the writer has provided according to the language that existed in the essaying process (essay-making? Essayer?) in order to see the larger picture in the frame that has been given to us.

For example, in her essay “How to Write Iranian America,” Khakpour presents the pigeonhole that past editors and readers have in turn asked her to dig. Not only does she dig it—she receives criticism for the very shape it takes. While reading this essay in particular, I was reminded of all the times in writing workshop where I felt as if I was burying myself in the pigeonhole other writers expected me to dig. I didn’t fit in it, but here I was trying to mold the shape as expected by everyone else. Now, in my final year of my MFA, I’ve made my way out of that hole because I’ve come to realize that hole was dug under the collective illusion that it was my own. However, Porochista Khakpour has made me realize with her very own collection of pigeonholery that is Brown Album that I can dig whatever hole I please, and despite others trying to make the shape recognizable to themselves, I’m very capable of making it take the shape of the very body and experience that is rightfully mine.

I’ve long since stopped tolerating the question asked by white people: “What are you, really?” The question itself is a poorly-phrased one, and often comes with ill-conceived or even narcissistic intentions. I realized that for the longest time, such a question was forced upon me with the expectation that I was to provide a perfect answer for the person who can’t quite read me according to their lens. With the essays provided, the language and context and life experience and time given, Khakpour has given us a more nuanced equivalent of her response to the question borne out of the white supremacist sport that is identity matchmaking. She addresses in these conversations of contradiction all the flaws of the very subject of racial identity made raw in our America. I can tell she’s tired of repeating herself. Here at last, she no longer has to.

Are you tired of reading book reviews that are actually—selfishly—just book responses, or personal essays that somehow relate to a book? Let me know and I’ll stop. I promise to do a real book review roundup in the new year. ❧